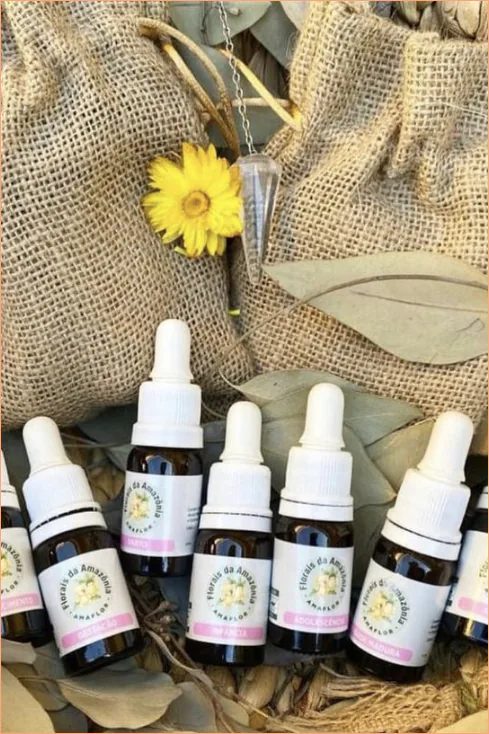 The Amazon is for the natural “pharmacy” while the Flower Essences are liquid extracts from the fresh flower blossoms of a plant that has medicinal properties aiding holistic health.

They have a subtle power to tingle our mind and body in a way that only Mother Nature can. Their vibrational energies sync with the human energy field, weaving a magical web for the mental and emotional well-being of a person.

In 2019, I immersed myself in the Amazon rainforest and started my study with the co-creator of the system Maria Alice Freire Campos – one of the International Council of 13 Indigenous Grandmothers.

After working with dozens of clients and watching people transform their lives through this simple holistic therapy for the past two years, I feel accomplished.

But also both stupid and stunned as a human.

We are so busy looking for solutions outside ourselves that we have forgotten to look within. Yes momentarily numbing ourselves with distractions might make you feel good and give that instant gratification but at what cost?

In this therapy, we work with the heavenly power of delicate flowers, plants, and herbs to release you of your emotional baggage.

Are you ready to let God's "art" heal the parts of you that you gave up on?

Sessions are 1 hour and 20 min long and should have a follow up every 3 months.

Sessions include one month supply of your own personalized flower essences formula. It is a therapy that is destined for the alignment of a person and their true nature, through the interaction between their fields of consciousness and the field of the flowers. This interaction activities our genuine nature.

The origin of this therapy comes from the study of the english doctor Edward Bach in the 1930 's. He noticed that the medicine that he practiced were effective for many ailments, however there were some aspects of the human balance and health in which he couldn't be so effective.

Through a calling of nature, Edward Bach researched hundreds of flowers and brought us a selection of flower essences and their messages that made an impact on the lives of many people that are sensitive to the healing powers of nature. Those that are at the service of healing and alignment of health that also have received these same messages.

It is a system of flower essences that was born in the Amazon forest in 1994 inside the Amazon. This study was developed with the flowers of the virgin forest, flowers from developed and explored parts of the forest and cultivated flowers by the communities that live there. The research surpassed the subtle syntony with the flowers, the experimentation, confirming the therapeutic results were satisfactory and brought confidence to move forward.

In 1996 the system already had 36 flowers compiled. It was then that the first contact with the public outside the communities within the forest happened. It was within the forest that the classification of the system by the order they show within nature were established and directed the studies to follow. It became clear that all was already classified within nature and for the researchers, the next step was to decode this order within the therapeutic focus.

The Medicinal Center of the Forest - CMF is a non Governmental organization - Non profit, located in the National Forest of Purus, within the Brazilian Amazon, inside a spiritualist community, the Village Céu do Mapiá with the main objective being the recovering of traditional knowledge from the natives of the forest with the intention to avoid, treat and heal ailments and also to preserve the knowledge to pass to new generations.

The classification guides the study of the existent affinities between the nature of the flowers and the human consciousness and the formulas represent a therapeutic resource that is meant to create the right combination of stimulation that is appropriate to each personal reality.

After an online or in person interview and anamnese I will create a personalized formula.

No and Yes. The present logistics is limited to the Brazilian territory, however I have brought the whole set of Mother flower essences with me to the USA after my studies in the Amazon to become a therapist of the system.

Flowers, water and vegetal alcohol. The flowers are collected based on specific times of the day and phases of the moon, in three different Eco Systems: The primary forest (virgin forest), the secondary forest (explored regions of the forest) and the regions of cultivation (Cultivated flowers). Flores, água e álcool vegetal.